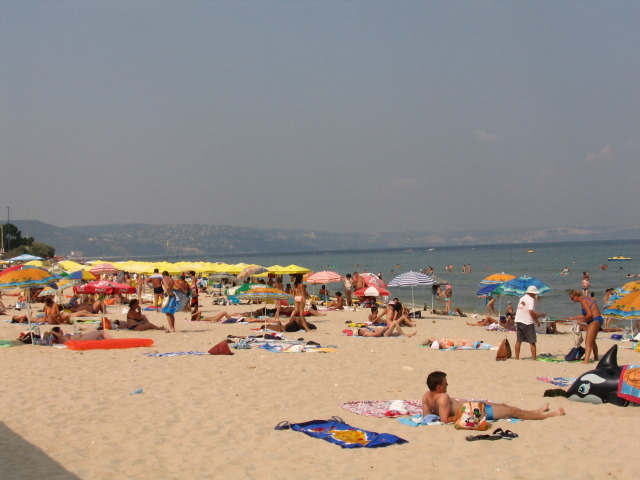 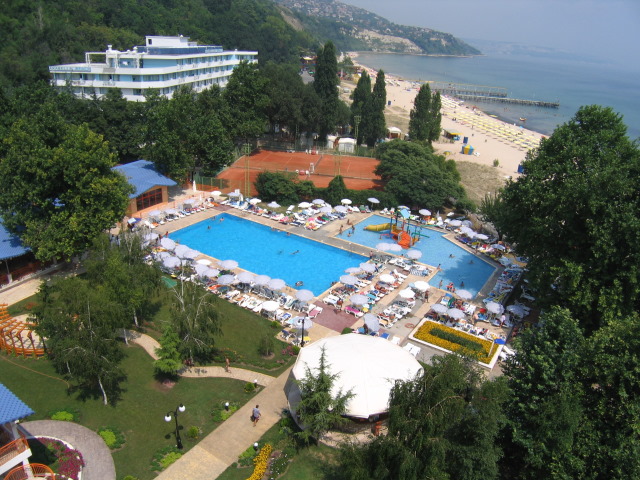 The resort of Albena is situated 32 km north of Varna and just 12km south-west of Balchik on a long sand stretch in the open northern part of Varna Bay. The resort was opened in 1968, which made it one of the most modern holiday cities along the Bulgarian coast. The complex lies beneath a relatively high hill and is given particular charm by the near-by forest of Baltata, a part of which is declared a protected area. The latter is also called Batova Gora (Batova Forecast) after the Batova river,which goes through it. The resort's architecture resembles one of Walter Gropius' urban models as most of the hotels have a terraced structure aimed at providing as much sun as possible in summer days. On the north the coast is steep, featuring yellow sandstone and limestone typical for the area. In fact this stone was used as basic construction material for building the resort.

According to some legends, Ovidius came here on his way to the country of his exile - Tomi (present Kyustendzha in Romania). The resort was named after Albena, a female protagonist of the great Bulgarian writer Yordan Yovkov, gifted with extraordinary beauty.

Besides the nearby village of Obrochishte with its well-preserved fortress dating back to Ottoman times, the village of Kranevo with remains of the ancient fortress used in Roman times and the Middle Ages is also located close to the Albena resort. Kranevo is also attractive for its mineral springs. The coast between Albena and Kranevo is high and extremely picturesque with steep rocky formations. Kranevo can be a good accomodation alternative to Albena with its prices being far lower and its great capacity of private lodgings.

At the same time, its proximity to Albena makes it easy for tourists to sunbathe at Albena's beautiful white-sand beaches during the day. There are also three big camping sites located on the way between Kranevo and Albena and they offer accommodation in bungalows and tents.

The holiday city has a number of tennis courts, bars, casino, restaurants with night shows, children playgrounds, swimming pools, and a golf playground. One can rent a bike, cars, cutters, sailboats, yachts, waterwheels and jets or give it a try with horse riding. The whole range of water sport facilities is on offer with instructors available for those who need.

There is regular bus transport from Balchik, Varna, the Golden Sands resort and Dobrich to Albena, complemented by private minibuses, route and ordinary taxis, and even sea transport from and to the small port in the resort.

Share
Hot properties in Bansko - the best offers are here for you!
Buy your own property in the top ski resort of Bansko! An all-year-round resort suitable for winter and summer tourism with the best prices in Europe!
See More
Euphoria Club Hotel & Resort - your paradise in Borovets!
Fully furnished studios, 1-bedroom apartments and maisonettes in a unique complex in Borovets. All-year-round complex with all needed facilities for your comfortable stay - lobby bar, reception, bar and restaurant, outdoor and indoor pool, SPA center, underground parking and many more. Choose your holiday home here! No buyer's commission! Suitable for rental income.
See More
Central Park - your New York in Sofia!
Homes for sale in one of the largest new construction developments in Sofia!