Properties and real estate in Bansko for sale and rent

The town of Bansko is situated in Southwestern Bulgaria, at the foothills of one of the most beautiful Bulgarian mountains - Pirin, which is a national reserve, included in the World Natural Heritage list. Bansko is a ski-resort of national significance, much visited also in summer as a starting point for excursions in the mountain.

Bansko is more than just a ski and snowboard playground. The town and surrounding forests are also a centre for trekking, tourism, nature and over 100 cultural and historic monuments. The resort heartily welcomes the winter and summer tourist in equal measure. In recent years, the town has gained international popularity after the start of the annual Bansko Jazz Festival and consequently the annual Bansko pop-star concert featuring top pop stars. The nearby village of Banya, located only 5 km from the town, is known for its 27 thermal mineral springs.

Bansko's architectural heritage is best seen in master builder, woodcarver and painter Velin Ognyanov's work. He rebuilt the Sirleshtova House in the late 18th century and the Velyanova House around the turn of the 19th century.

From Bansko one can go to many interesting places. To Melnik and Rojen Monastery, to Sofia, Plovdiv and Bachkovski Monastery, to Sandanski and Velingrad, to Rila mountain (40 minutes by car) Borovets (20 minutes by helicopter) for a day skiing in another resort and Rila Monastery. 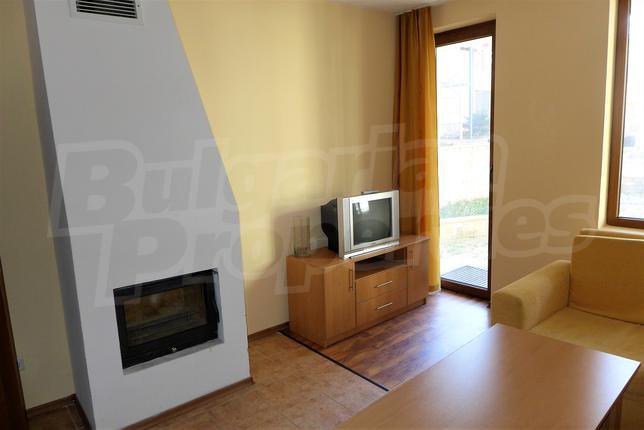 For sale
Functional 1-bedroom Apartment in a Spa Complex in Bansko Bansko , Ski lift Fully furnished holiday home in a 4-star complex Functional, fully furnished 1-bedroom apartment, situated in a modern 4 * spa resort in Bansko, 700 m away from the ski slopes and close to the city center. The on-site facilities will make every stay unforgettable and the property represents an excellent solution for personal
€ 23 500
48.75 m2 (482€/m2)
Type of property: 1-bedroom apartment

For sale
2 Bed Apartment In Aspen House - Bansko Bansko Fully furnished apartment in all year round complex next to ski lift Fully furnished two-bedroom apartment in Aspen House Apartments - a popular holiday destination for tourists from all over the world. Do not miss the opportunity to invest in a property in the most popular ski resort - Bansko. The holiday home is located on the fourth floor,
€ 44 950
79.08 m2 (568€/m2)
Type of property: 2-bedroom apartment 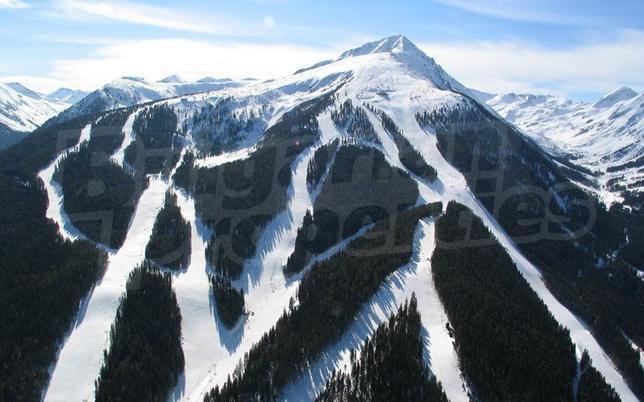 For sale
4-star hotel in Bansko area Bansko Renovated hotel in a favorite ski resort, excellent investment opportunity We offer to your attention a year-round 4-star hotel for sale. The hotel was completely renovated in the last 4 years. It has more than 200 beds, spacious yard, parking lot for 100 cars. The hotel offer its visitors a cozy lobby bar, restaurant and unique relaxing spa center,
on request
0.00 m2
Type of property: Hotel 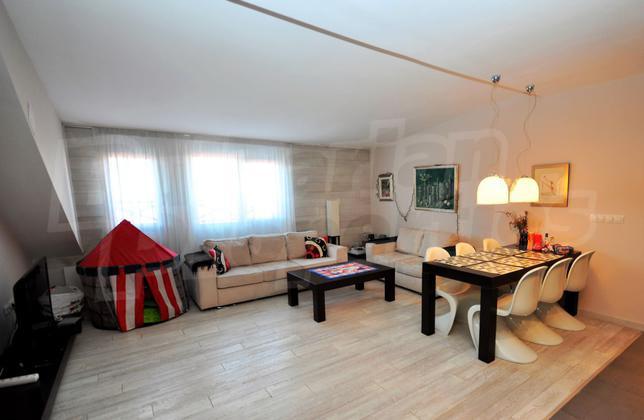 For sale
Luxury 2-Bedroom Apartment - Bansko Bansko , Quarter Gondola lift Large furnished apartment 100m from the ski lift in all year round complex If you dream of a stylish holiday home in the mountain, just meters from the ski lift, this two-bedroom apartment will like you. In the dwelling that we offer you today you will find coziness, comfort and quality furnishing. Aspen House Apartments is a complex has become a
€ 69 950
110.00 m2 (635€/m2)
Type of property: 2-bedroom apartment 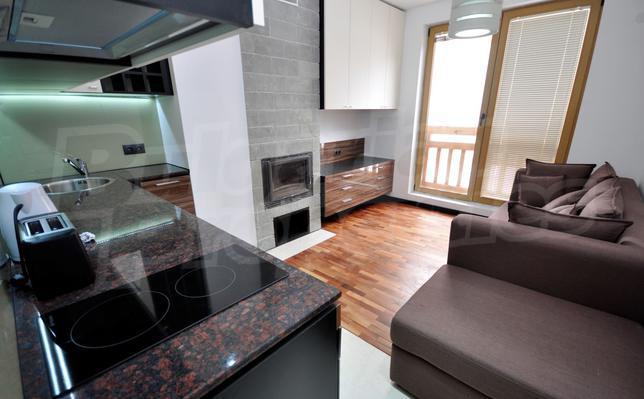 For sale
Luxury
A-PAD in St.Johns Park - Bansko Bansko , Quarter Gramadeto Completed and furnished bespoke property is the perfect vacation property in Bansko. A-Pad is a unique design which brings the comfort of a 1 bed but the living costs of a studio. This modern property is found in the up and coming St. John Park in Bansko. The property offers wonderful views of the mountains and the inner yard of the complex. Besides beautiful and
€ 29 950
32.00 m2 (935€/m2)
Type of property: Studio 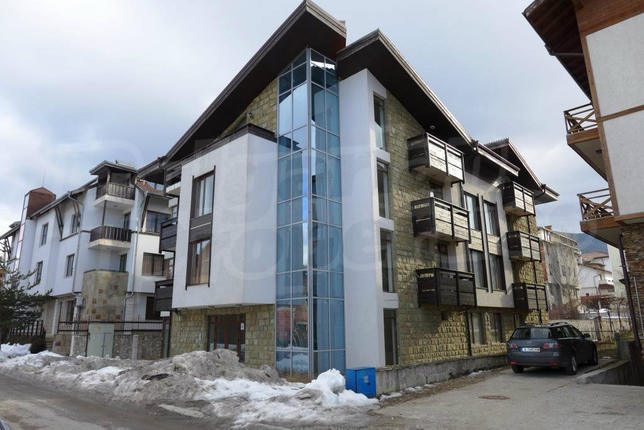 For sale
Family hotel near the gondola lift in Bansko Bansko , Hotel Kempinski Running hotel in the famous ski resort Excellent hotel in Bansko, near the city center (approximately 800 m). Walking distance to the old town and the first station of the cabin lift. The property is built in the typical Bansko style. It offers a combination of contemporary comfort and the durability of stone and
€ 625 000
1436.47 m2 (435€/m2)
Type of property: Hotel 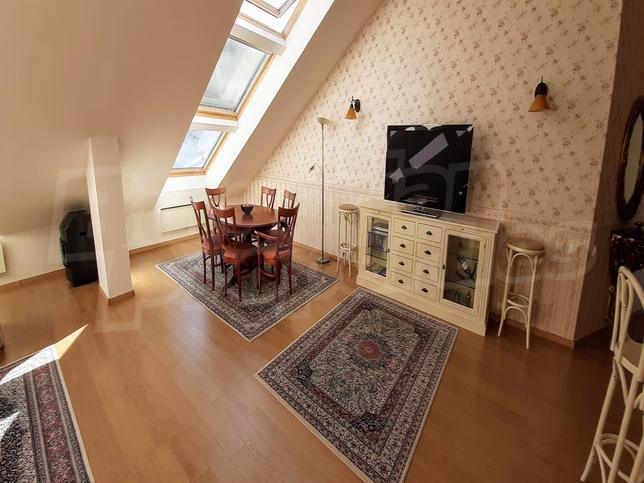 For sale -12%
Unique Penthouse Apartment in a 5* Luxurious Complex With Direct Mountain Views Bansko Modern apartment 200 m from the ski slopes View our new offer - a bright, spacious two bedroom apartment in modern gated complex "St. George Palace", built in Kosherina area in the ski resort Bansko, at the foot of the Pirin mountains. 800 metres from the cable car station and 200 metres from the slopes. The complex
€ 76 800€ 67 800
114.50 m2 (592€/m2)
Type of property: 2-bedroom apartment

Hristo Nestorov Estate Agent, Bansko
Borovets Gardens 2 - the second phase of the popular complex
Feel at home in Borovets! Buy your own vacation apartment in one of the best rated complexes in this top mountain resort. Progressing construction with planned completion in December 2020 for the new winter season. A wide range of available apartments at attractive prices, suitable for rental income.
See More 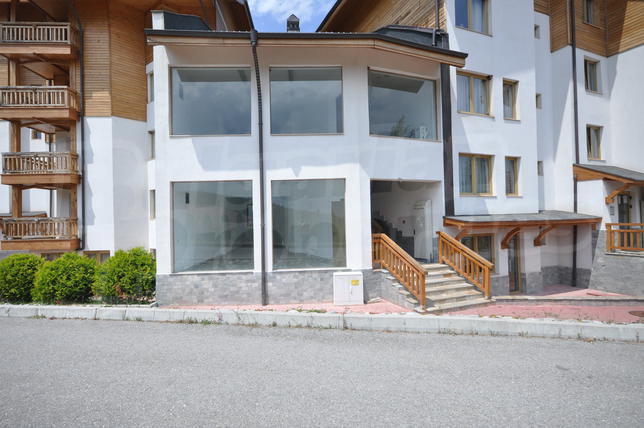 For sale
Commercial Space For Sale in Bansko Bansko , St.Johns Ideal unit for a supermarket or co-working space We offer to your attention an excellently maintained commercial space with an area of 108sq.m. located on the ground floor of a 4-star apart-hotel in St.John's Hill in Bansko. The property faces the street and is rented unfurnished, making it a great choice for a shared office
€ 42 000
108.28 m2 (387€/m2)
Type of property: Commercial property 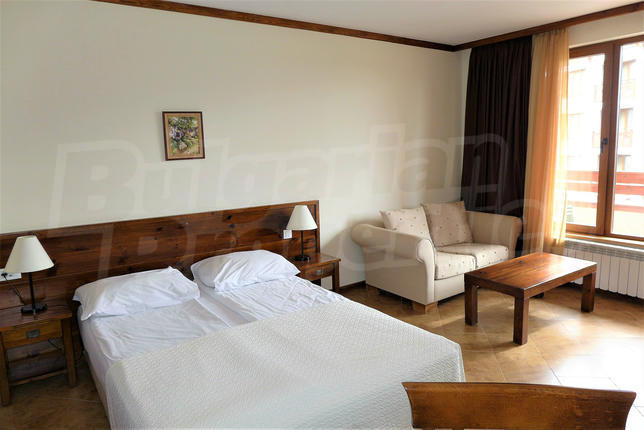 For sale
Stylishly furnished 1-bedroom apartment in St. Ivan Rilski in Bansko Bansko , Quarter Gramadeto Holiday apartment in Bansko year-round complex with amenities Comfortable 1-bed apartment with nice exposure and nice view to the surrounding area in the gated complex "St. Ivan Rilski ", with some of the best facilities in the ski resort of Bansko. The complex also offers a successful rental program for owners who want to rent their
€ 28 000
68.70 m2 (407€/m2)
Type of property: 1-bedroom apartment 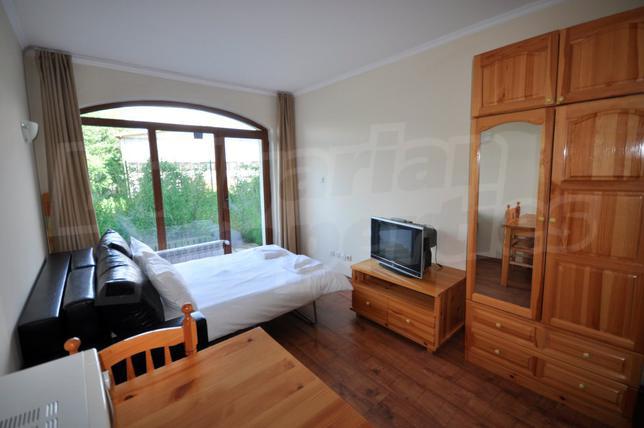 For sale
Reserved
Studio Near Town Center Of Bansko Bansko , Gradski park Fully furnished property in a gated complex "Sapphire" Excellent fully furnished studio in ski resort Bansko, part of the luxurious complex "Sapphire". The complex is located on one of the central streets of the city, 10 minutes walk to the town center, close to the park and the stadium (5 minutes). Sapphire Residence complex
€ 11 950
23.00 m2 (519€/m2)
Type of property: Studio 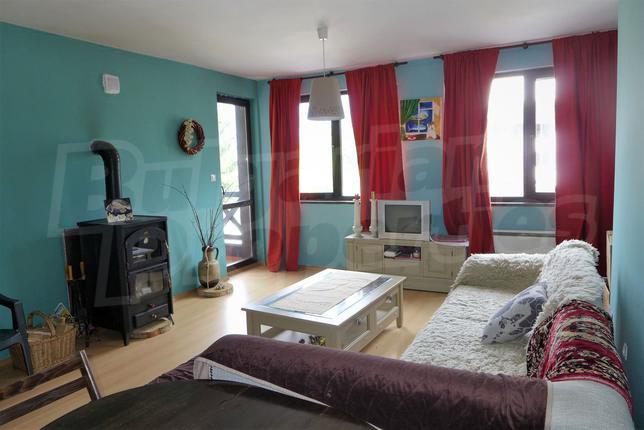 For sale
Furnished 1-bedroom Apartment in Park Side Bansko Bansko , Stadion Apartment in the ski resort Bansko, near the town park Furnished and cosy 1-bedroom apartment awaits its new owners! Excellent offer for a holiday home or apartment for year-round use or rent, located in the Park Side building (Act 16  Permission for Use of 2009), located near the Bansko city stadium. The quiet region, which
€ 31 450
75.71 m2 (415€/m2)
Type of property: 1-bedroom apartment 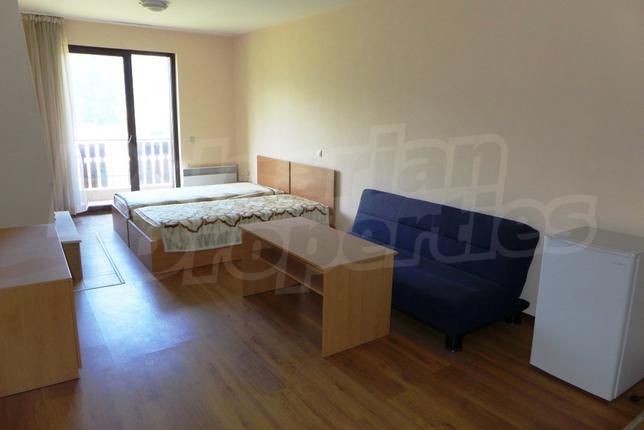 For sale
Reserved
Studio with low maintenance and great views Bansko , Breeze Vacation home with a wonderful mountain view in the Breeze complex We offer for sale a cozy mountain apartment with extremely peaceful and picturesque location, away from the noise of the ski resort, at the entrance of Bansko, with easy access (only 5 minutes) to the important parts in the holiday town. The apartment is part of a modern,
€ 16 500
63.69 m2 (259€/m2)
Type of property: Studio 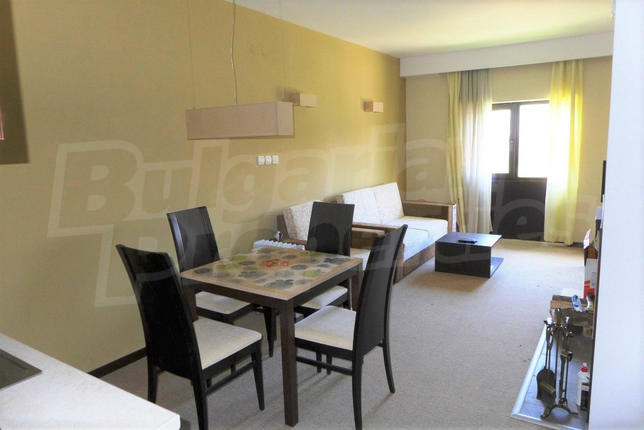 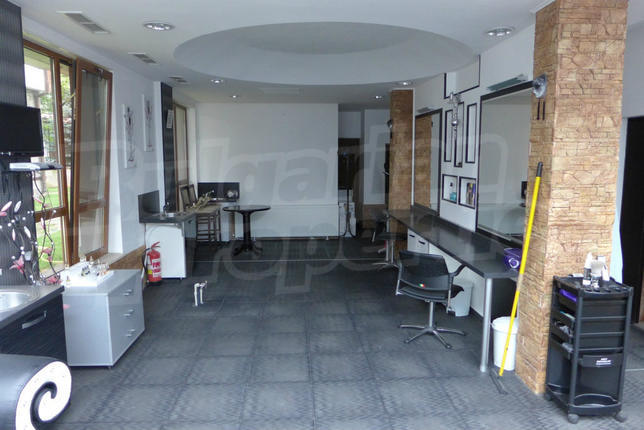 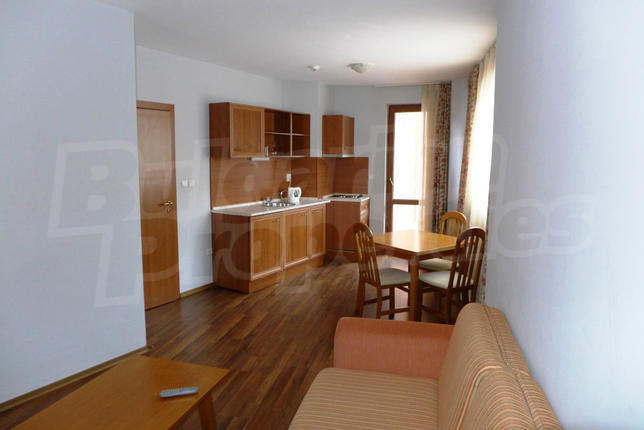 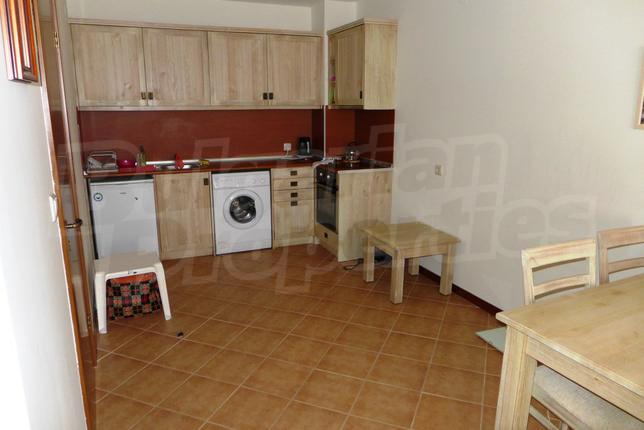 For sale -19%
One-bedroom Golf Apartment Bansko Fully furnished flat in a modern complex An excellent offer for a 1-bedroom apartment set in the heart of Pirin Mountain, next to a golf course and a 10-minute drive away from Razlog or Bansko. The complex where the property is located, is easily distinguished by its modern atmosphere. For the convenience of the
€ 53 000€ 43 000
68.99 m2 (623€/m2)
Type of property: 1-bedroom apartment 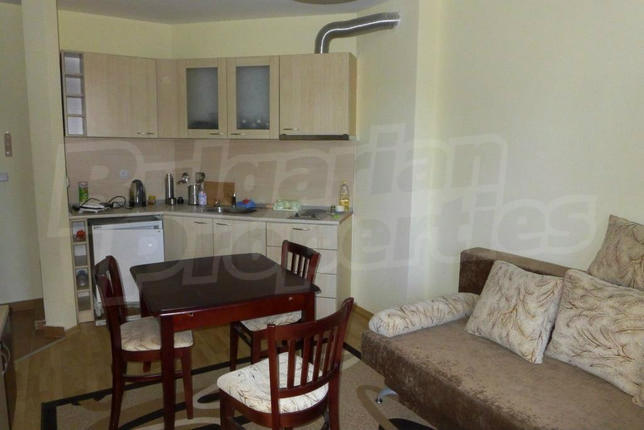 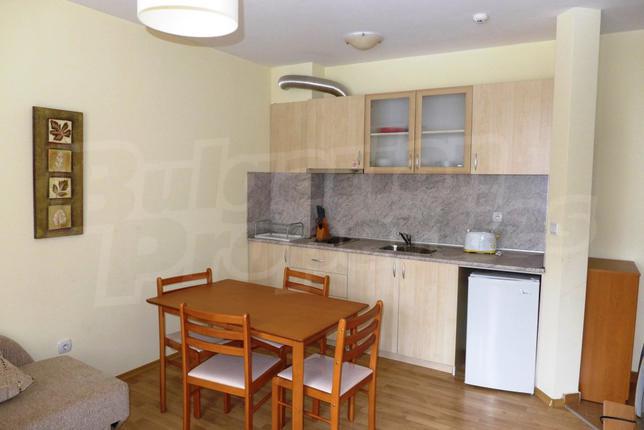 For sale
One bedroom ski apartment with low maintenance Bansko Furnished apartment at a quiet location in complex with parking We offer you furnished one-bedroom apartment for sale in Bansko. The apartment is located in a new building (2008), located 500 meters from the gondola lift station. The complex has a spa with sauna, indoor pool, fitness and a lobby bar with a fireplace. The apartment is
€ 23 500
53.00 m2 (443€/m2)
Type of property: 1-bedroom apartment 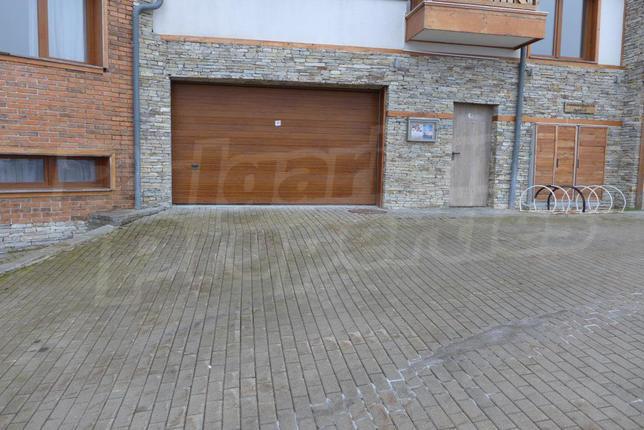 For sale
Spacious Garage in Bansko Bansko Property with excellent location in a ski resort We offer to your attention an excellent garage for sale in Bansko, in the area of Kioshkata, 5 km away from the centre of the ski resort and 8 km away from the lift. The property has an area of 50.37 square meters, with a rolling door with remote control. The garage is
€ 27 500
50.37 m2 (545€/m2)
Type of property: Garage